Lunaria is, according to the current Italian legislation, an Association for Social Promotion. It was created in 1992, and since then it is a non governmental body, autonomous from religious and political affiliations and not-profit. Our activities focus on research and action research, training and communication on several social issues such as fair economy, the development of third sector, the study of migration flows, of globalisation the trends and the links between democracy and participation and the importance of informal and non formal education through the promotion of international voluntary service activities. We test new forms of active citizenship and non-violent social change inspired by the principles of justice, solidarity, democracy and, nationally and internationally, the respect of human rights for all.

Grazia Naletto (MA, Political Sciences, Pisa State University) is President of Lunaria since 2010 and spokeswoman of Sbilanciamoci! coalition since 2013. She coordinates both Lunaria’s organization (economic and financial management and supervision, staff co-ordination) and Sbilanciamoci!’s activities (project proposals drafting, network and partnership building, advocacy coordination). Her main research interests are: migration and citizenship; immigrant’s integration policy in the labour market; monitoring migration policy and public expenditure on immigration issues; discriminations and racism against immigrants, welfare. She has participated as researcher and/or coordinator to several international projects concerning immigrant’s discrimination and immigrant’s access to social services, housing, labour market. Within Web-COSI, Grazia is responsible for the overall management and coordination of Lunaria’s project team activities.

Chiara Assunta Ricci is PhD candidate in Economics at Sapienza University of Rome and researcher at Lunaria. She carries out research activities in the fields of well-being indicators development aid, public policies at local, national and European level. In the last few years, she has participated to a number of European and national research projects: among them, “Promoting Local Sustainable Economic Development” (European Cooperation Program CBC ENPI MED) in 2012-2013; “New Indicators of Well-being. Monitoring the Quality of Development in the Metropolitan Capital” for the Province of Rome (selected as case study in 2012 by the OECD in the initiative The use of well-being indicators to enhance local and regional development policy) in 2011-2012; “Increasing the capacities of local administrators and officials in defining policies consistent with a sustainable human development approach”, European Commission’s Seventh Framework Programme – EuropAid, in 2012. She is co-author of QUARS Index (Index of Regional Quality of Development), a well-being composite indicator for Italian regions designed by Sbilanciamoci! coalition. Within Web-COSI, Chiara is in charge of the project’s research activities. 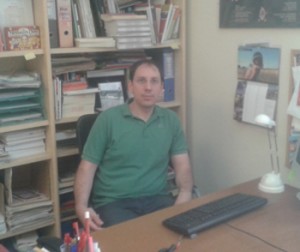 Duccio Zola is PhD candidate in Philosophy at Sapienza University of Rome and researcher at Lunaria, where he’s involved in the production of studies and reports on social well-being and civil society involvement in contexts of local and supranational governance. From 2005 to 2008 he has been junior researcher for the University of Urbino Research Unit (leaded by Prof. Mario Pianta) in the EC-STREP Project “DEMOS – Democracy in Europe and the Mobilization of Society” (contract no. CIT2-CT2004-506026) coordinated by Prof. Donatella della Porta (European University Institute). His work is focused on political philosophy and political sociology, addressing the issue of the theory of democracy from a multidisciplinar perspective. He’s author of researches and articles on deliberative democracy, transnational social movements, the crisis of institutional politics and the party system in contemporary democracies. Within Web-COSI, Duccio is responsible for the scientific coordination of the project’s research and dissemination activities.

Register to receive updates and invites to Web-COSI activities

Web-COSI is a grassroots co-ordination action project with the general objective to improve the engagement of citizens and society at large with statistics in the area of new measures of societal progress and well-being. Under the mantra ‘Statistics for Everyone’, Web-COSI explores innovative ways to bring the production, promotion, access and engagement with statistics to life.